Tiranti Roberto September 4, 2019 Leave a Comment on BRYAN BELLER – INTERVIEW
0
SHARES
ShareTweet
Spread the love
Our Score
Our Reader Score
[Total: 0 Average: 0]You must sign in to vote
Q: 2011-2019, someone could say that it’s not much time, but many things are changed in this old world. How those changes affected your music?
MM — In the 70s time passed differently it seems, because musical styles and sounds were improving and changing almost on a weekly basis and bands would release shorter albums in form of vinyl yearly. Meanwhile the record industry got completely rearranged and everyone has the opportunity to do music from their home studios. Does it affect the sales? Yes. Does it affect the music? Maybe. The good news is, if you believe in what you do, especially in the ‘muso’ world, then the following is pretty solid. Everyone who has something valuable to say can create a following.
Q: Correct me if I’m wrong,there is an “Aristocrats rule” about the songwriting right? 3 songs written and produced by each member of the band. How many songs you compose before you decide the right one (3 🙂 ) for the album? Is everything smooth and easy during the process or sometimes you have to argue about tastes or opinions related to the final album’s track list?

MM — Yes, we each bring 3 songs to the table per album. But honestly, it just became more of a concept rather than a rule. We wouldn’t really mind if one of us comes along with 4 songs one day, haha. Also, strangely enough maybe, we’ve never really argued about a song. I sometimes bring in 5 tracks and then we’ll decide together which ones we’ll use. But usually we agree on a track list and then see where it’s heading in the studio. We don’t see each other as individual dictators; we’re more of a collective, accepting ideas and  then incorporating them into our world.

Q: Listening to “You Know What…?” what struck me most was the feeling of listening to a single organism. An incredible interaction made of excellence technique, true feelings and self-irony. Is this the result of a true friendship?

MM —  Well, we know each other quite well. We hang together on tour, travel the world together and talk about the things that happen in our lives. Sometimes we know each other better in certain ways than even close friends or family members experience. The road is a strange world. It’s intimate, yet distant at times.

And as with any people close to you, you sometimes agree or agree to disagree. It all shows up in our chemistry and music we create and I truly think that you can witness the growth in our collaboration in the consecutive album releases. We know each other’s tastes and preferences and write for each other or with each other in mind.
Q: You are also involved in many different projects, can you tell us more?. Is it something that “keeps the fire burn” taking your creativity higher ?

MM — Maybe that’s what we just love doing. We each grew up playing with various artists, being sometimes hired guns for studio or tours or forming side projects or solo albums. Personally my solo releases were always very important to me, because I can let my emotions out, musically and lyrically, with any size of production I envision. And it’s cross pollination, too. You never stop learning I believe. It’ll all reflect or radiate into our compositions and collaboration.

Q: You announced a long European tour. How is life on the road during a long tour like that? Do you plan at least one gig in Italy?

GG — Touring Europe is always a lot of fun: every few days, we realise that we’ve woken up in a place where the cuisine, the landscape and the language have totally changed… it can be very inspiring and stimulating. Having said that, all the travelling between the shows can be somewhat exhausting so we just try to ration our energy and do our best to ensure that the quality of the show never suffers, however demanding the other 22 hours of the day may have been!

As for the prospect of some Italian dates: I just checked our schedule and I’m happy to report that it looks like we’ll be playing in Trezzo sull’Adda, Genova, Parma, Terni and Roma – all in the second half of February 2020. I guess more information will become available online as the dates draw closer 😉
Q: Sex, Drugs and Rock ’n’ Roll. During your shows you have of course tons of rock and roll, for sure no drugs and what about the sex 🙂 ?
GG — Well… I’m not convinced that such a question would benefit from a particularly detailed response so I’ll just share one observation: if that were our primary motivation, perhaps we wouldn’t have chosen to specialise in playing instrumental rock-fusion, of all things 😉
Q: I saw on your website the possibility for the musicians at home to download the backing tracks, and then practice and improve their skills thanks to your music. Back in the 80’s/90’s wasn’t so easy…do you agree?
GG — Yes indeed: we have a longstanding relationship with the Jam Track Central company: they’ve released authorised transcription/backing track packages for all of our previous recordings and in fact we’re currently working on a similar package which will cover all the new material from our You Know What…? album. I suppose the original ancestor of such products would be the Jamey Aebersold “Play-A-Long” cassette tapes, which have helped numerous jazz musicians over the years to navigate the chord changes in a wide variety of jazz standards: the difference with something like our JTC packages is that the backing tracks are actually the original album sessions with one of the instruments removed from the mix – hopefully that factor adds to the feeling of “the real thing” for anyone who chooses to play along.
I agree that the present day really is full of unprecedented opportunities for young players who are looking for educational resources: there’s just so much material out there now and this can only be a positive development. The only potential “trap” here is that some aspiring players today might be tempted to neglect the development of their ability to learn by ear, given the sheer amount of transcriptions which are now available “on a plate”. It’s all about balance, though – I think a combination of both ear development and study of transcribed material is ideal so… I guess in that sense, right now is a great time for musicians with a thirst for knowledge!
Q: Thanks a lot, here in Italy lot of people love your music, would you tell them something?
GG — We all love playing in Italy and we’re very much looking forward to coming back in early 2020: hopefully we’ll meet some of your readers somewhere out there on the road! 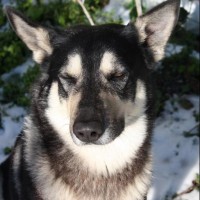 INFIRMUM: SIGNS WITH WORMHOLEDEATH AND RELEASES LYRIC VIDEO TO “SAIL AWAY”